Dead Island 2 is real, and its combat feels good. But there are still so many unknowns that keep us from raising our hopes too high.
Edmond Tran 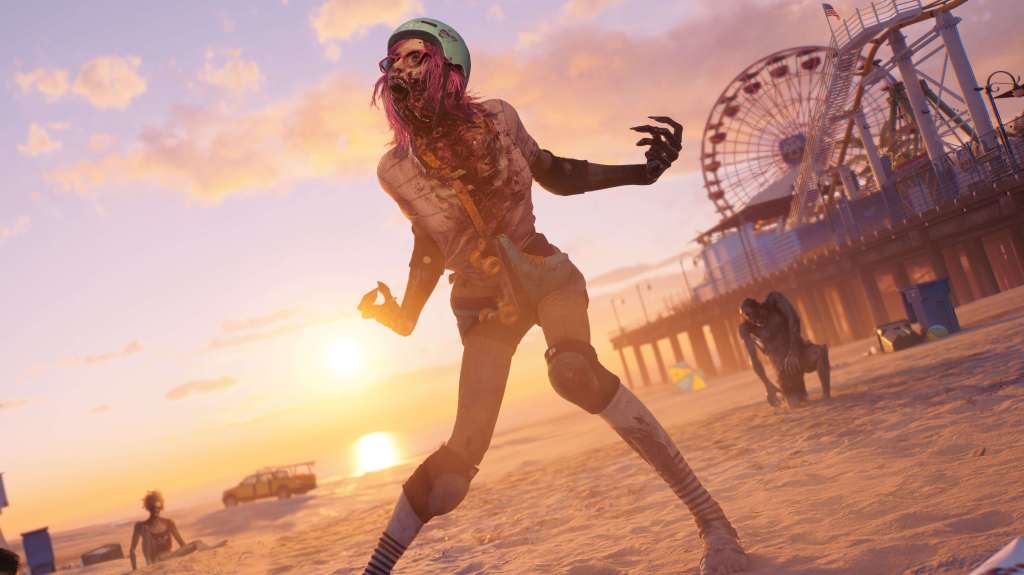 Dead Island 2 is real, I think. First announced in 2014 with a CGI trailer, as the sequel to one of the more notable zombie games of the 2010s – of which there were several – the game spent several years in development hell, changing hands multiple times. Finally re-revealed during Gamescom 2022, Dead Island 2 is now slated for release on 3 February 2023. There’s even a demo. We played it. It might really happen this time.

At a recent PLAION showcase, we played a very well-put-together vertical slice of Dead Island 2 that showcased a relatively brief, mid-game mission that featured a fight against a few different zombie groups, a few objectives to complete, and a boss fight against a killer zombie clown.

It was an impressive showing of some of the game’s core combat ideas and environmental designs – though for a game of Dead Island’s ambition and scope, it’d be disingenuous to say this demo was a good indication of how this previously missing-in-action open-world title is shaping up as a whole. There is a lot more to this franchise than its missions, but still, it was fun to hit a bunch of zombies with silly melee weapons.

This latest iteration of Dead Island 2 has apparently been in development since 2018. It extrapolates on the ‘trouble in paradise’ motif of the first Dead Island, which revolved around a zombie outbreak that took place on a tropical island resort.

The ‘paradise’ this time, however, is the real-world city of Los Angeles, with all of its first-world urban glitz and glamour – though hopefully the less glamorous side of the city and its culture is explored in some respect, too. After all, the best parts of zombie fiction are how they reflect the ugliness of society back onto us, so here’s hoping there’s some thematic substance here.

The demo mission in question took place on the iconic Santa Monica Pier, which is home to tourist attractions, amusement parks, and other similar businesses. Playing as Amy, one of the six playable characters – presumably, they all have different strengths and weaknesses, though that wasn’t clear from the demo – the objective was to fight your way through the pier, and retrieve a MacGuffin at the end of it (it’s a laptop).

This isn’t as straightforward as you might think, obviously. There are numerous zombies to contend with, which you can dispatch with a variety of unique melee weapons. The demo equipped us with a series of interesting melee weapons that looked like they’d been crafted and ‘enhanced’ with salvaged junk – a fire axe, a sledgehammer, claws, a bo staff, etc. – and they all featured some kind of special trait, whether that be the ability to stun enemies momentarily, or inflict elemental damage to enemies or the environment – like using fire to ignite oil, or using lightning to electrify water, for example.

Melee combat felt satisfyingly hefty – thankfully, because that’s your primary interaction with this world. Swings and strikes land with sometimes stomach-turning impact, and the game also incorporates a gory dismemberment system, which focuses on allowing for locational damage – though it’s often hard to pay attention to the nuances of the gore on-screen when you’re in the midst of fighting for your life.

We had access to a couple of firearms in the demo – a revolver and an assault rifle – as well as a couple of throwables – a molotov cocktail and a grenade that attracts zombies to its location before exploding – that operated on a cooldown system. Throw one, and wait for a little while before using it again. The shooting mechanics on the two guns we had access to felt unwieldy, but this is perhaps by design – relying on your far more interesting melee weapons and their intricacies is where the moment-to-moment satisfaction of Dead Island usually lies.

Like the original Dead Island, elemental effects are a key consideration, not just to maximise the effectiveness of your weapons, but in sizing up the various enemies that stand in your way. The first major conflict in the demo came as we tried to restore power to a video game arcade, in order to open an electronically locked gate. Naturally, there was a special kind of zombie that wielded shock powers, and could zap us from across the room, which required a more considered approach.

Another twist is that your protagonist is also infected with the zombie virus, and after some time, you can trigger a ‘berzerker’ mode where your speed and strength are enhanced, and you can go to town on your enemies with your bare hands, dealing a significant amount of damage in a short period of time.

The star of the demo, however, was the clown zombie that acts as the mini-boss of the quest. Taking it out was an exercise in simply dodging its attacks, and giving it a good whacking between its attack animations, while managing the regular zombies that showed up to help him. But the actual design of this character is what really stood out.

The clown was unnerving, to say the least – aside from a horrifyingly mangled zombie clown face, both of its forearms had been ground down to the bone – bones which had then been sharpened into pikes. It’s gross. Imaginative, but gross. Who helped him sharpen his bone arms? How does he climb? Wouldn’t his forearms just snap off without muscle to hold them in place? So many questions.

That was the extent of the demo, which served as a taste of Dead Island 2’s combat system, and some of its weapon and enemy designs. What we didn’t get a sense of was its open-world structure and flow. We know the game’s protagonist is infected with the zombie virus ala Dying Light 2, but how does that play into survival considerations? The marketing for the game also flouts a brash pop-punk style, which is present in its various trailers, but that kind of aesthetic didn’t really seem to come through in the demo, or at least, it didn’t make a strong impression. Unless you count Amy’s constant off-handed quips as ‘punk’, that is.

Am I curious to see more of it? Based solely on the demo, I’m certainly eager to bash a few more monstrous zombies, and see what other terrifying creature designs await.

More than this, I’m curious to see how Dead Island 2, a project born of a completely different gaming era, has evolved (or hasn’t) to fit the modern world during its gestation period.