A Solo Aussie Game Dev, The Good Place, and Moral Philosophy Walk Into A Bar

7th Chance is a story of human redemption that affirms that we can be better every day.
Chris Lawn 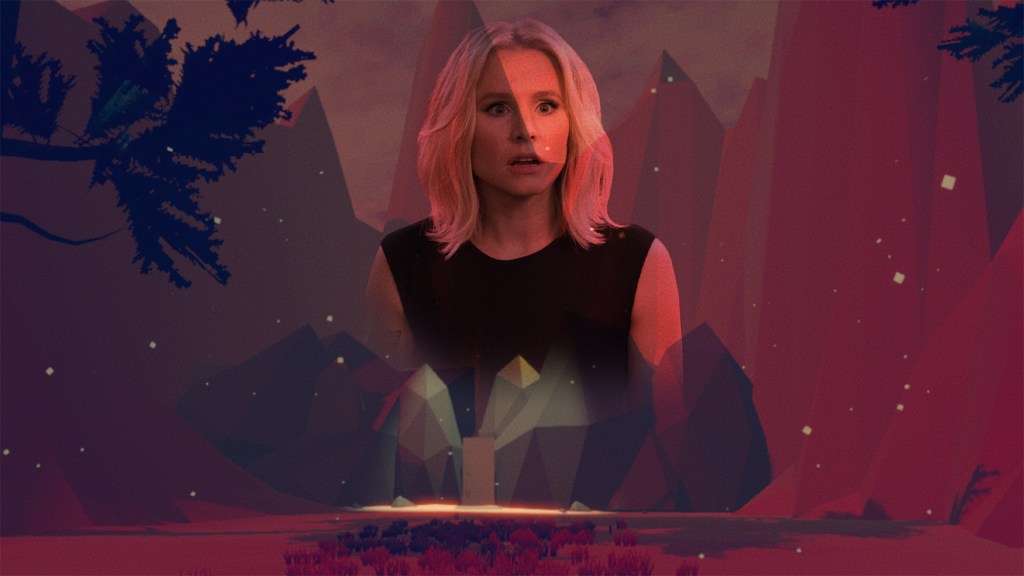 7th Chance is a simple game. It costs $2.95 at full price. It’ll only take you about 15 minutes to see it through to the end. There’s an alternate ending if you choose to go through a second time, making different choices. The game’s writing is barebones, and it’s mechanically uncomplicated. Beyond the surface, it’s designed to put forward an unambiguous message.

After sitting down and playing through it, I spent much longer ruminating on its meaning than it took me to play through it. The premise it puts forward, along with the philosophical quandaries it proposes about being a good person, instantly reminded me of sitcom classic The Good Place, in all the right ways.

Eager to learn more about the project and its message, I reached out to solo Aussie developer, Andrew.

The tough road of game development

Like many, Andrew has been playing games for as long as he can remember. That passion quickly flowed from consumer to creator, weaving in and out of his life for years.

‘I’ve been wanting to make games since I was about 9, or at least get into the creative field. I got a copy of Mad Dog Williams, which had something on it about making your own games. I dabbled in programming, though I never really committed to making games,’ Andrew said.

‘When I was older I almost went to film school, but decided to get a job instead. Then, when I was about 24, I enrolled in uni to study games programming for a few years. I was involved in a few failed projects – one of which my team took to PAX in Seattle, another that we missed out on funding for. After that, I just dropped game dev altogether. The team was burnt out and I was just sick of dead projects not going anywhere.’

After a few fits and starts, and time away from the industry, a combination of the covid pandemic and scrolling through YouTube lit the game development spark once again.

‘Cut to late last year, I started watching other developer’s videos on YouTube. I found David Wehle’s course online and joined that. I got about halfway through the first module, when it clicked – the tutorial I was working on would be great for an idea I had floating around for years. It just gave me the right kick in the arse at the right time. That became 7th Chance.’

The Good Place and ethics

In season three, episode four of Mike Schur’s philosophical-ponderings-cross-sitcom The Good Place, protagonist Eleanor and the gang become aware of their eternal damnation, with their chances at getting into heaven thoroughly shot. The four humans split off to grapple with their fates, and as a result, we are introduced to three main schools of thought around how to live an ethical life.

First, we have Virtue Ethics – the idea of a set list of virtues we must follow to be good, i.e. generosity, courage and the like. Second, Consequentialism – where the base for judging whether something is right or wrong stems from the consequences of that action, eg. how much good it accomplishes vs. how much damage it does. Finally there’s Deontology – the theory that there are strict duties that everyone must adhere to for a society to function properly, such as giving back someone’s lost wallet, rather than keeping it for yourself.

By the end of the episode, the Soul Squad come back together, forming a unified conclusion. Though they are all doomed regardless, there is still one thing left to do: help others become better people.

Whether performed through the vehicle of virtue ethics, consequentialism, or deontology, the goal is the same. With no control over past actions or future consequences, the Good Place gang grabs hold of the one thing they can: the present. They make the decision to do good now.

Released earlier this year on Steam, 7th Chance doesn’t have a review count in the thousands. It’s not really a game that a massive audience will get to experience. But that doesn’t make it any less impactful.

It’s got a fairly straightforward premise. You’ve nodded off by a campfire in the wilderness, startled awake by a boulder crushing your tent. Your phone was in there – you need to go find help. Without going into too much detail, you wind up exploring a space in first person, make some choices, then you see one of two endings.

Described by most of the game’s Steam reviews as a walking simulator, the game is less about that mechanical descriptor and more focused on the subject matter. The unnamed male protagonist you play isn’t exactly the most righteous of dudes, and pretty quickly the game moves from a near-fatal camping pastiche to a gently surrealist existential exploration. It’s a basic set up, yet very effective.

While rooted more in traditional Catholic thought, the Seven Deadly Sins 7th Chance revolves around map closely to philosopher Aristotle’s virtue ethics principle. When faced with a choice, we can choose to sin, or be virtuous – shirk work and responsibilities in favour of consuming entertainment (laziness, sloth) or put in the effort to move forward with life (ambition, perseverance, industriousness).

‘The themes are an interesting one, and something that a few people have contacted me to ask if I’m alright. Which is nice, that people will actually reach out and help,’ Andrew said.

‘First of all, I’m good! The seven sins thing is a story idea that’s been running around my head for awhile, but I never figured out how to implement it in a simple way. A few of the sins were about my past, and also me battling to make something and release. [Take] Sloth – I had to force myself to give up playing games so often, or watching so many movies. I wasn’t doing those things all the time, but I needed to cut back.’

Peering into the life of another as we do in 7th Chance, we see a man struggling against examples of each of the vices laid out in traditional Catholicism. You can make the choice to give in or not, with different endings reflecting your choices.

The beauty of video games is that even if you make the wrong choices and get a bad ending, you can play through again, and make different choices. There’s always another chance to be better.

There are no real world consequences in this short interactive experience. You can make the choices you want, see an ending and move on with your life unaffected. But the fact that the endings are either ‘good’ or ‘bad’ tells us that whether your life is guided by religion, philosophy or any other factor, there are some fundamental truths guiding you through life, helping you gain moral perspective. There’s always room for growth and self-improvement.

‘I find a lot of stories based on religion fascinating because there’s always a hint of not so much supernatural, but something else. I’m not religious, I just find them interesting, and the seven sins seemed perfect for a short story about one guy’s suffering and redemption.’

The moral of the story

In season 3, episode 10 of The Good Place, the gang are a 2-inch door – or, as Eleanor puts it, four Oreos – away from heaven. Eleanor and Chidi are finally synced up in their feelings for each other, leading to Eleanor freaking out and breaking down. There is no God here offering salvation – only themselves, their feelings, their experiences, their lives, and ultimately, their choices.

‘Relationships are stupid. You’re scared you’re never gonna have a real one, and then when you do, you’re scared it’s going to go away.’ In response, Chidi quotes Leo Tolstoy, Russian author of the 19th century.

‘There is only one time that is important. Now. It is the only time when we have any power.’

Then, a second quote from Chidi – first uttered by Eleanor herself.

The heart of all of this – 7th Chance, The Good Place, Andrew’s game dev journey – coalesces into a common thread. No matter who you were or what you did yesterday, you always have a chance to be better and do good today.

Having this affirmation prompted by a 15-minute video game that costs less than a cup of coffee is pretty wonderful. 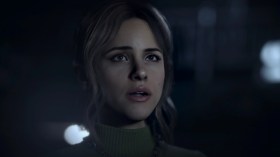 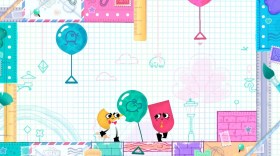 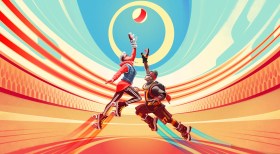 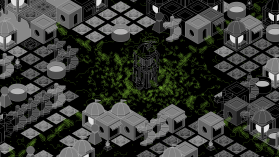 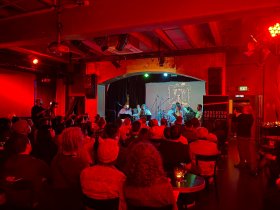