Silt Review – An ocean of melancholy

A minimalist aquatic puzzle game with some wonderfully striking imagery though there are only hints of something deeper.
David Wildgoose 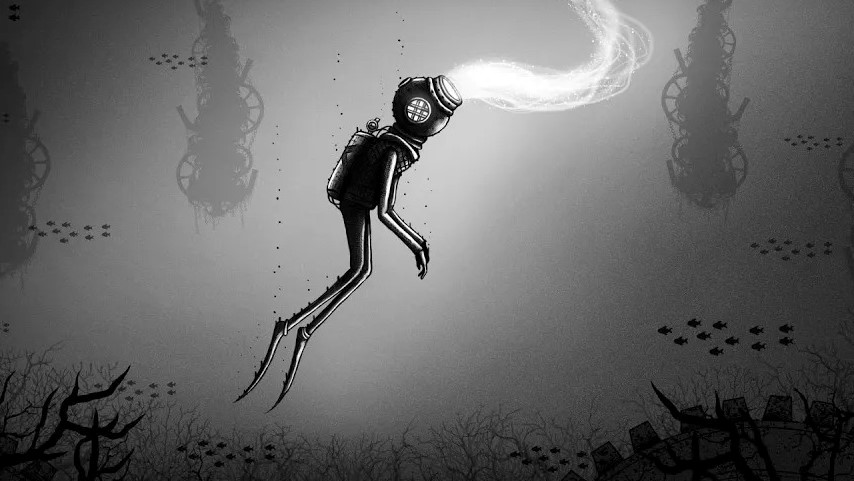 Silt takes a lean, minimalist approach to the way it communicates with you. Over the course of its half-dozen hours, its reticence proves both a strength and a weakness, filling your imagination with some wonderfully striking imagery while any sort of deeper connections between them remains elusive.

It is, at heart, a puzzle game. You play an aquatic diver, be-flippered and helmeted, brought to life in a permanent underwater world, and possessed of the ability to take, well, possession of other living creatures (and a few non-living things, too).

Levels are a series of snake-like tunnels populated with traps, gates and marine life. While your grander goal is unclear, the immediate objective in each level is to find your way out and into the next one. And this involves navigating past the various traps and gates by possessing other creatures and objects.

Possess a piranha and you can use its famed teeth to chomp through vines that are blocking your way or chains that are tying something down. Possess some sort of ray and you gain its fantastical ability to blink forward, even straight through solid objects. There are several other creatures to possess, each with their own distinct characteristic, and all the puzzles involve experimenting with these abilities, working out which ones you need to use at which points, and – crucially – how you’re going to be able to manoeuvre yourself to possess the creature at the right moment.

You’re not simply swapping from one fish to the next then exiting the level. You’ve got to run your physical self through the gauntlet, too. The best puzzles are solved simply by thinking things through, or working backwards to arrive at the solution.

It’s a case of ‘Okay, so to get there I need to be possessing this fish, and to possess that fish I need to have got myself over there, and to get over there I’ll have needed to get past that, which means possessing that other fish which I’ve got access to by doing this…’ and so on until you’ve pieced together the little Rube Goldberg machine and it all falls into place.

The worst puzzles add a layer of manual dexterity on top of all that. This would be fine if your diver was a little more agile – if they could accelerate or change direction a little more responsively. Certainly, there are more good puzzles than bad, but the occasions where my diver wouldn’t turn around quickly enough to avoid a fatal obstacle proved maddening. There was one particular area I had to repeat dozens of times because the slightly arbitrary nature of its solution kept resulting in my death, over and over again. I nearly quit.

But ultimately I’m glad I persisted, and somehow fluked my way through that singularly infuriating puzzle.

All throughout, but especially towards the end, Silt presents a stark monochromatic world that is, by turns, dazzling and deeply melancholic. It’s never explained why you’re doing what you’re doing, or how you came to be a diver swimming through these vast chasms and intricate networks, amongst ruined cathedrals and flooded, forgotten machines. Yet as the bass-heavy soundtrack rumbles away, and the world of black and white beauty washes past, there’s a sense that maybe that doesn’t matter.

Perhaps there’s some sort of allegorical tale that evaded my attention. There are hints at some deeper mysteries in the progress through different environments, the area you return to between levels, and the recurring motifs, the various symbols that greet your successes. But if Silt has anything to say beyond ‘You might dig this moody atmosphere’ then it was lost on me. Some of its scenes, however, will stay with me for a long time to come.

The PC version of Silt was provided and played for the purposes of this review.