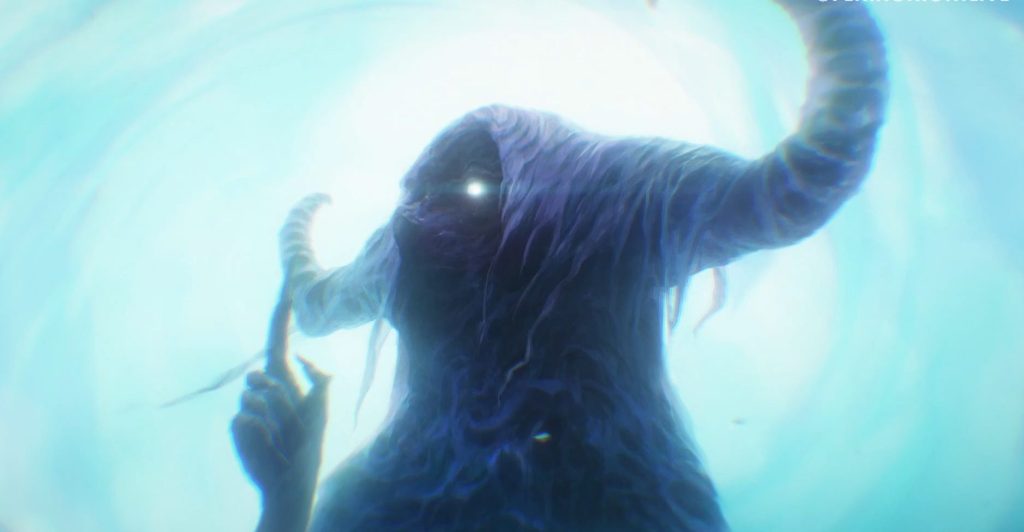 A mysterious teaser released during Gamescom 2022 has revealed an upcoming RPG from Something Wicked Games, a studio comprised of veteran developers that worked on classic titles like Fallout 3, New Vegas, Skyrim, Dragon Age: Inquisition, Fallout 4 and The Outer Worlds. While not much was revealed about the game, the moody and atmospheric teaser is certainly intriguing enough to have us hooked.

‘In the crux of reality, there exists two lies: one before the shadow, and one behind the eye,’ a hissing voice teases in the trailer, as a giant misty eye appears above a castle. Within this strange portal, a horned being appears, and beckons viewers – although who they are, and what exactly this means is currently unknown.

The game is being described an ‘occult historical fantasy RPG’ which is set in a fictionalised version of Portugal, in the Middle Ages. We know the game is built on Unreal Engine 5, and that it’s being helmed by Fallout and Elder Scrolls veteran Jeff Gardiner, but outside of these strange and mystifying clues, Wyrdsong is holding its cards close to its chest.

What is the strange shadow in the trailer? What is the eye, and who is the odd, horned figure? It’s likely we’ll get answers to these questions in the coming months, as Something Wicked Games continues to work on the adventure.

‘I want to explore this idea of the player being an unreliable narrator, and there’s no better setting than this, sort of semi-mythological, [Knights] Templar sort of backdrop,’ Gardiner told Polygon of the project. It began life in the pandemic years, following Gardiner’s exit from Bethesda.

After ‘kicking tires’ for some time, he eventually teamed up with former Obsidian Entertainment developer Charlie Staples to work on the pitch for Wyrdsong. It attracted the attention of publisher-investor NetEase, which agreed to seed-fund the creation of the Something Wicked studio to help launch the game.

While Gardiner is extremely enthusiastic about the game, he remains tight-lipped about what exactly it is – creating all the more intrigue about what’s the come. Wyrdsong does not currently have a release date, or confirmed platforms – but stay tuned to hear more in future.