The Callisto Protocol gets a gory, hideous new trailer

If you go out into space today, you're sure to be in for a gory surprise.
Leah J. Williams 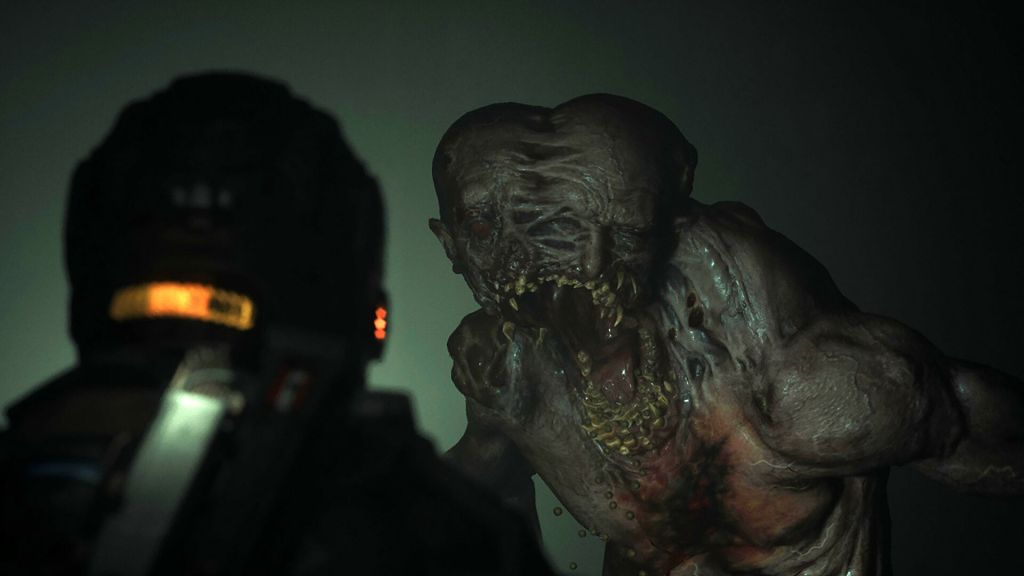 Dead Space spiritual successor The Callisto Protocol has proven itself to be just as stomach-churning as its predecessor in a brand new, gore-filled Gamescom 2022 trailer. Striking Distance Studios knows exactly what horror/sci-fi fans love, and they’re packing everything into this tense, gloomy adventure.

In the opening stages of the new gameplay trailer, protagonist Jacob Lee is caught in a shadowy space station filled with roaming creatures, many of which have oozing, pus-covered flesh and gaping, open wounds. There’s a zombie-like quality about these space creatures, although some also have tentacles spilling from their abdomens, and odd limbs poking out at angles.

These are creatures born of a mutation process – it appears they may have once been human, but they’ve since been transformed into towering, gooey creatures filled with terrible intent. At least Lee has a revolving grinder to throw these beings into, in showers of red flesh.

Following this horrific display, the trailer introduces a sewer segment that sees Lee descend via rushing waterways into the lower areas of the space station. If he makes a wrong move here, he can easily be killed – and in a particularly gory ending to the trailer, Lee is caught in a sewer fan and crunched right in half.

And yes, it’s as disgusting as it sounds – so be wary if you’re keen to check out the new clip:

The Callisto Protocol is currently set to launch for PlayStation 4, PlayStation 5, Xbox One, Xbox Series X/S and Windows PC on 2 December 2022.