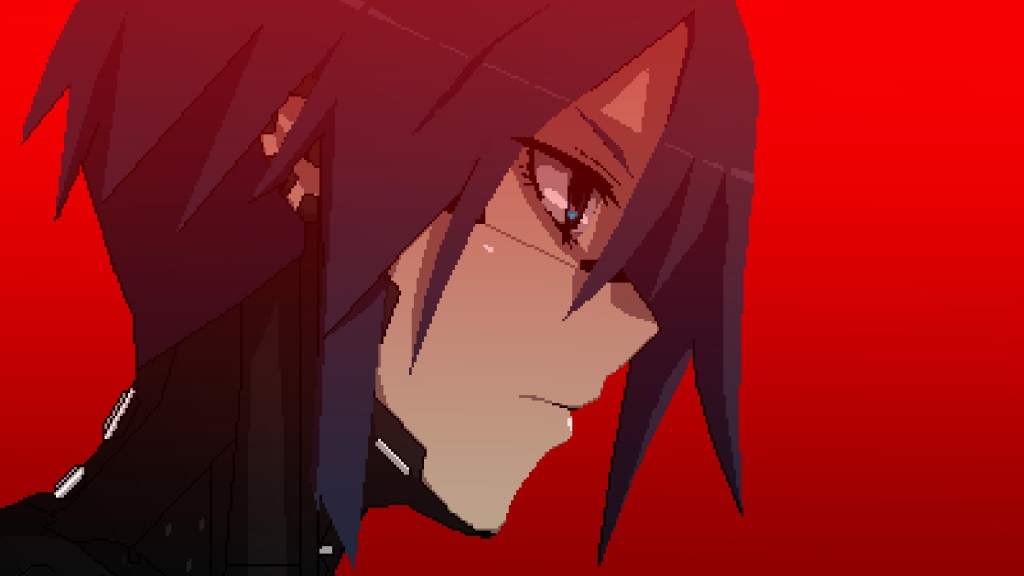 Holes are a recurring motif in Silent Hill 2, the slow-burn psychological horror classic from 2001 that recently had a remake announced by publisher Konami. Not just any old holes, but dark, grimy pits the ends of which you can never see. As grieving husband James Sunderland explores a nightmarish town, he reaches the lowest level of a building, only to be met with a gaping hole in the floor and the invitation to plunge deeper into the earth and into his own despair:

Playing Silent Hill 2 two decades ago, this prompt always unsettled me. My answer, instinctively, was no. After making my way through an abandoned prison buried deep under a lake, jumping at shadows and fleeing from grotesquely malformed creatures, the last thing I wanted to do was venture yet deeper. But the prompt forces you to commit to something you very much do not want to do. You are consenting to endure further psychological anguish, to having another layer of this nightmare peeled back to reveal vaster subterranean terrors.

And of course, it’s a false choice; there’s no alternate path if you say no. But the prompt’s mere presence compels you to confront the step you’re about to take and accept responsibility for it.

Signalis requires you to make a similar jump on several occasions. The setup is the same: a hole in the floor, the contents of which remain unknown, an unspecified threat implied. But the stakes don’t feel quite the same.

With an atmosphere that’s more intriguing and less terrifying, the prompts Signalis gave me to venture deeper were greeted with enthusiasm rather than reluctance. I was eager to jump through these holes, a willing accomplice in getting to the bottom of their mysteries.

Although these moments are drawn obviously from the early Silent Hill games, Signalis is closer in design to the other pillar of this era of Japanese survival horror, Resident Evil. It doesn’t feel like a modern update of survival horror in the vein of, say, Resident Evil 7 or Village. But in many ways, it presents as a kind of alternate history, a vision of what a late 1990s survival horror could have been if its designers had known a thing or two about modern game design.

With the camera positioned overhead, you have the option for either traditional tank (character-relative) or camera-relative controls. Both feel as responsive as they should, and allow the ability to retreat out of danger without making it too easy to zip past lumbering enemies. And you can still move, albeit slowly, while aiming your weapon or reloading. Ammo is limited, and your only melee weapons have similar limited uses, turning every encounter into a genuine decision of whether to fight or flee.

Enemies have a small chance of respawning as you revisit rooms – and you’ll be doing that quite a bit – but you can use a consumable item to permanently remove a fallen enemy. The only question is which ones you choose to eliminate for good. These are smart design choices that empower you by forcing you to make strategic decisions, while they also maintain the tension as you backtrack and explore.

The puzzle design is straight out of Resident Evil, only with a kinder, gentler approach to offering clues as to the solutions. Your progress is constantly impeded by doors locked with increasingly byzantine mechanisms.

But clues abound, whether it’s in a subtle environmental hint or a handwritten note tucked away in a desk drawer to explicit operating instructions left in diegetic prose nearby, to ensure the often esoteric challenges remain surmountable. Despite the prevalence of keys and keypads, there’s little repetition in the types of puzzles, and they get impressively creative, too, with the addition of a portable camera, radio and other devices broadening the palette.

At heart, beyond the survival horror genre trappings, Signalis is more of a mystery. You play as a replica artificial being separated from its gestalt, or original, human on a derelict but not quite abandoned space station. You likely won’t be surprised that it explores well-worn themes of what makes us human, yet it does so while avoiding descending into cliché.

The strange politics of its dystopia feel fresh. Numerous cuts to other points of view leave you disoriented in a way that only adds to the intrigue. There’s also a pleasing glitch aesthetic that permeates every aspect, from the writing to the art direction, raising doubts whenever something tangible threatens to materialise. It’s a mystery well worth falling headfirst into.

The PC version of Signalis was provided and played for the purposes of this review.