Xbox ANZ has partnered with Sticky to create a unique edible console that's being given away to fans.
Leah J. Williams 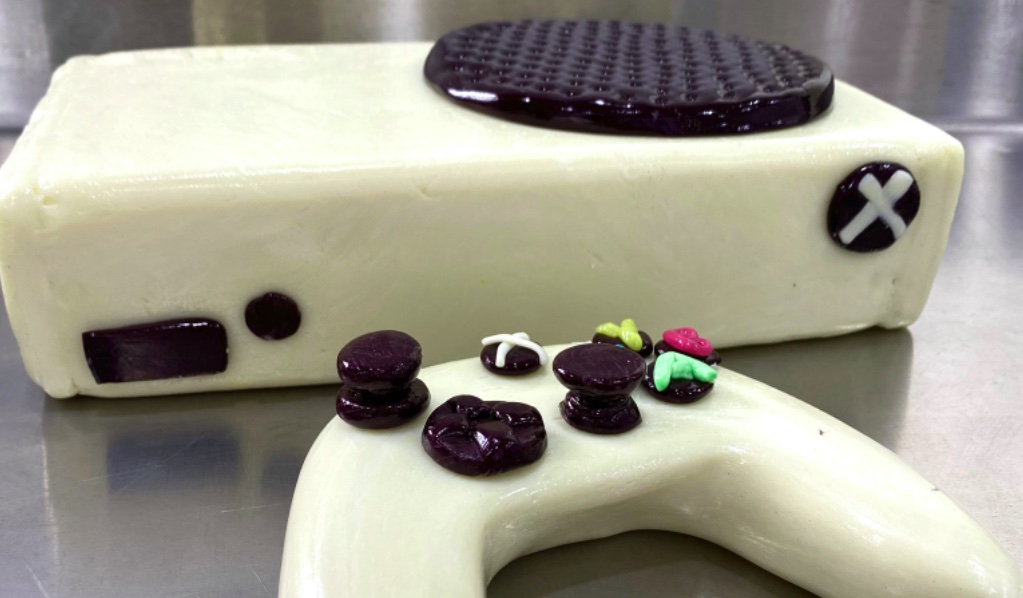 Xbox ANZ has partnered with confectionary maker Sticky to create a unique Xbox Series S console made entirely of apple-flavoured candy. The creation was brought to life over an intense four hour session, with Sticky artists moulding and sculpting sugar dough into the shape and style of the iconic console.

‘We set out to make something unique, while also replicating every aspect of the controller and console as accurately as possible,’ David King, founder of Sticky said in a press release. ‘We still wanted to maintain that it was candy though, so we opted against moulds or using a sugar substitute to ensure it tastes as good as it looks.’

The entire process was recorded for TikTok – and it really is a fascinating watch. Moulding hard candy is a unique skill, and each feature on the console needed to be moulded carefully by hand, using an actual Xbox Series S and controller for reference.

The candy had to be just the right temperature and consistency to be moulded, making the creation a frantic process that also looks like a whole lot of fun.

You can check it out here.

@stickyaustralia Thank you to @xboxanz for the challenge, this was so much fun! They will be running a giveaway on their page so check them out! #ad ♬ original sound – Sticky Lollies

The unique candy Xbox Series S is not playable – that’s fairly obvious, we assume – but fans are able to win it, with Xbox ANZ currently holding a competition via Facebook. All you need to do to enter is head over to the Xbox ANZ Facebook page and answer the question: ‘What video game character would you turn into candy, and why?’

It appears only one of these consoles has been made, so the winner will be the proud owner of a one-of-a-kind treat. Whether they choose to consume the treat or leave it as decoration for as long as the candy lasts (around a year, according to Google) will be a tough decision.

Whatever the case, it’s a good stunt in a long line of many for Xbox’s ANZ team – and one that’ll be even sweeter for one lucky fan.