Ubisoft will team with the Playing for the Planet Alliance for upcoming events in its games.
Leah J. Williams 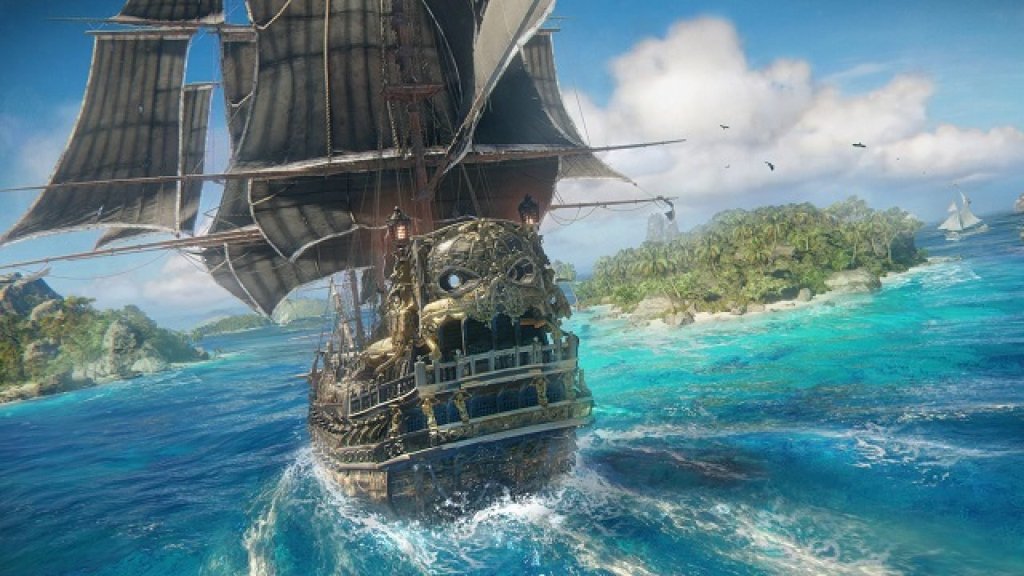 Ubisoft is looking to tackle issues of climate change in a raft of new in-game events coming to Riders Republic and upcoming title Skull & Bones. Each is designed in collaboration with the Playing for the Planet Alliance, and aims to raise global awareness of environmental challenges facing the world.

The first event will land in Riders Republic, and will see players contending with sudden, major bushfires. According to Ubisoft, players will randomly log in one day to find an orange sky, fire smoke, and inaccessible areas of the map that are ‘unbreathable’ due to harsh conditions. Players will also be auto-equipped with a gas mask in an effort to depict how dangerous these fires can be – for humans and nature.

Players will be prompted to join in-game events where they must work together to stop the Sequoia National Park from burning down. This involves identifying at-risk areas using photo mode, and actively working to reduce the spread of fire by ‘cleaning’ forests paths and protecting trees in aluminium foil.

The activity is designed to promote teamwork, while also revealing the dangers of bushfires around the world.

Ubisoft will also host climate initiatives in the upcoming pirate-themed adventure, Skull & Bones (which is currently rumoured to launch in November). These events will raise awareness of overfishing and ocean exploitation, with players experiencing the consequences of the shark fin trade as they travel the open seas.

Players will reportedly need to collaborate, with the ecological issue bringing players together for community challenges and rewards. More details will be revealed as we head closer to the launch of this game.

The initiative is part of a wider movement encouraged by the Playing for the Planet Alliance, an organisation formed by a conglomerate of game studios in 2019 with the aim of advocating for climate justice through video games.