Here's everything announced during the latest Nintendo Indie World, including WrestleQuest and Inscryption.
Leah J. Williams 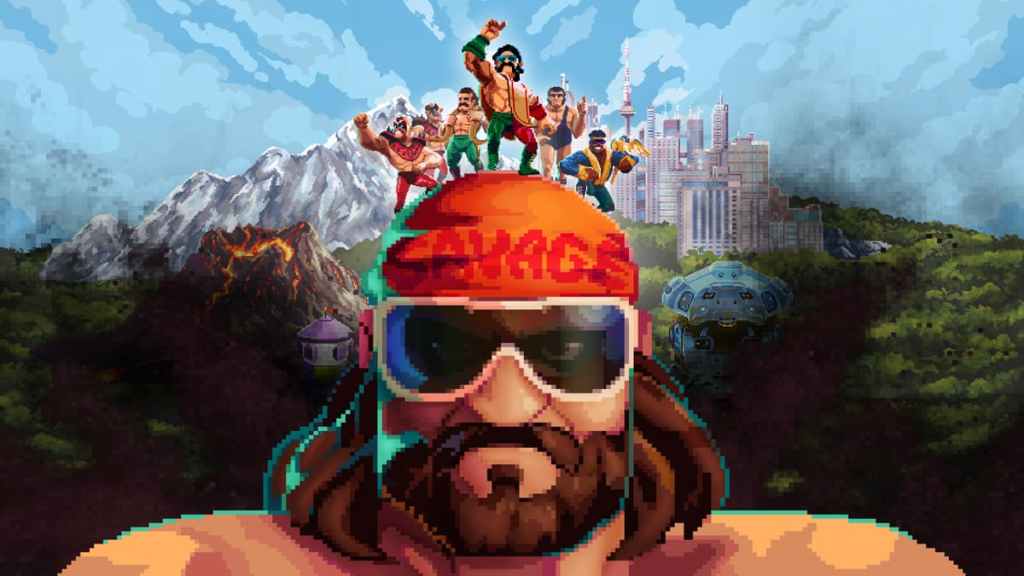 The Nintendo Indie World held in November 2022 revealed a number of great indie hits coming to the Nintendo Switch (including smash-hit Inscryption), as well as an array of promising-looking, including WrestleQuest, Blanc, and Coffee Talk Episode 2: Hibiscus & Butterfly. While the Switch lineup for the rest of 2022 does look bare on the AAA front, that leaves plenty of room for these excellent indie experiences to shine.

Here’s everything announced during the November 2022 Nintendo Indie World.

Venba is a culinary experience about family and love

The first trailer of the Nintendo Indie World showcase was for Venba, an upcoming cooking simulator that features traditional Indian recipes, and a deep story about family and the power of love. Food is what brings us all together – and Venba will explore that relationship in Spring 2023 [Northern Hemisphere].

Goodbye World is a meta pixel adventure about game creation

In Goodbye World, two indie developers are struggling to come up with the perfect idea for their next game. This turmoil plays out in a gorgeous pixel narrative littered with smaller platforming gameplay segments, as both developers work out what they want their game to be.

Have a Nice Death is coming to Switch in 2023

In Have a Nice Death, you play as an adorable grim reaper on a side-scrolling mission to beat back the forces of a strange underworld. The action plays out in delightful, gorgeously-rendered locales, with sleek combat being a nice bow on top. This roguelike ‘Metroidvania’ arrives on Nintendo Switch on 22 March 2023.

Aka is a relaxing game about a retired red panda warrior

As announced during Nintendo Indie World, Aka is an adventure game that features a retired panda warrior attempting to find inner peace. Along this journey, Aka will journey through a delightful world, farm, craft, explore dungeons, and take on quests.

This game launches for Nintendo Switch on 15 December 2022.

Pepper Grinder, a new game from Ahr Ech and publisher Devolver Digital, features meaty action platforming aided by a giant drill. In this adventure, your warrior wields this drill to defeat enemies, traverse new terrains, and leap across great chasms. In short, it looks like a pepper-grinding blast.

It launches for Nintendo Switch in 2023.

The major sequel to indie hit Coffee Talk, which features magical creatures discussing their troubles in a cafe, is officially coming to Nintendo Switch in Spring 2023 [Northern Hemisphere]. If you’re keen to kick back and get to know some monsters, Coffee Talk Episode 2: Hibiscus & Butterfly is the game for you.

ONI: Road to be the Mightiest Oni is a gorgeous 3D action-adventure

ONI: Road to be the Mightiest Oni is an upcoming 3D action-adventure game where you strive to be the greatest demon, amidst a backdrop of gorgeous landscapes and mysterious forests. Along the way, you’ll meet other oni, master combat skills, and learn to survive in a hostile world. This game launches for Nintendo Switch on 9 March 2023.

Desta: The Memories Between is coming to Switch in early 2023

Desta: The Memories Between, the tactical roguelike with a focus on character development and relationships, is coming to Nintendo Switch in early 2023. This game has already made a splash on mobile via Netflix Games, and should find a welcome home on the Nintendo Switch.

In A Space for the Unbound, you get to know a pair of school children growing up in late 1990s rural Indonesia. In their struggle for identity, they learn how to forge better friendships, and also develop their latent psychic powers, take part in QTE fighting battles, and encounter strange monsters.

The game launches for Nintendo Switch on 19 January 2023.

Dordogne is a hand-painted photo adventure

In Dordogne, you explore a gorgeous hand-painted landscape with a handy camera by your side. You can travel this gorgeous land by foot or by sea, and spend your time exactly how you want to. According to developer Cédric Babouche, who appeared during the Nintendo Indie World showcase, the game follows a young woman in search of her childhood memories that she has mysteriously forgotten.

Players will be able to discover these memories when the game launches in Spring 2023 [Northern Hemisphere].

In Botany Manor, you’re tasked with looking after a grand manor filled with plants. In first-person mode, you’ll take care of this manor and its garden via plant-based puzzles – in a sort of Myst-like tale filled with mysteries to uncover. You’ll be able to ‘stop and smell the flowers’ on Nintendo Switch in 2023.

Once Upon A Jester spotlights a comedy-theatre show

In Once Upon A Jester, you play as an odd jester fellow looking to craft hilarious plays and entertain his peers in medieval society, even as he faces mounting competition and hostility. Life is tough for this jester – but you can help him through his comedic journey.

Once Upon A Jester is out now for Nintendo Switch.

Beloved action roguelike Rogue Legacy 2 is officially available on Nintendo Switch from 10 November 2022 (today!). It was a major surprise announce at the Nintendo Indie World showcase, and was paired with a flashy trailer showing off all the dungeon-crawling delights new players will encounter in this wild tale.

Following this, Blanc – the co-op Nintendo Switch game starring a wolf cub and fawn travelling home – got a brand new trailer. The game launches on 14 February 2023.

Next up, the Nintendo Indie World showcase spotlighted a number of upcoming indie games in quick succession. These included:

If you’re looking for a way to take your mind off the world, A Little to the Left will likely be for you. In this cosy organisation game, you’re tasked with solving a variety of puzzles, requiring mindful movements and subtle placement of objects.

The game is available for Nintendo Switch from today.

A brief clip at the conclusion of the latest Nintendo Indie World revealed that the highly-anticipated Golf Story sequel, Sports Story, will finally launch in December 2022. The new trailer showed off a range of activities including fishing, mini-golf, BMX bike riding and soccer, and revealed more of the game’s impressive world.

You can check out the new trailer here:

Catch up with the entire Nintendo Indie World showcase on YouTube here.