Marvel Snap is doing away with its booster upgrade system, and introducing a way to chase specific cards with 'Collector's Tokens'.
Edmond Tran 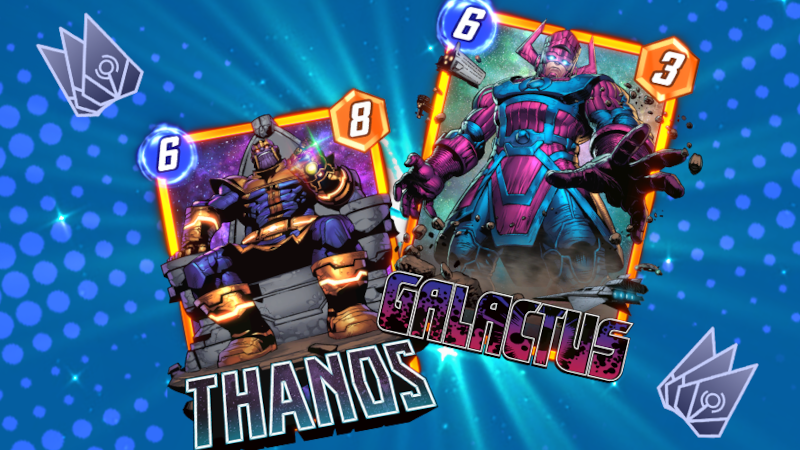 Marvel Snap is surely one of the surprise new games of 2022. The free-to-play mobile game, developed by several veteran designers of Blizzard’s Hearthstone, soft-launched in Australia and New Zealand in the middle of the year, before exploding when it was launched globally in October, earning US $2 million in its first week.

Now, the development team at Second Dinner has announced some significant changes to the way in-game progression works. These changes will let players of the game be able to go after specific cards they want to collect, rather than leaving their progression rewards to chance.

At the time of writing, you begin Marvel Snap with a predetermined set of starter cards. As you play more matches, you earn ‘boosters’ for specific cards, allowing you to upgrade individual cards with visual effects. As you do so, you’ll raise a ‘collection level’, which will let you unlock a random card at certain thresholds.

This is all changing now, with Marvel Snap doing away with boosters, and replacing them with ‘Collector’s Tokens’.

Collector’s Tokens can be spent on purchasing specific cards – cards that will be available at the in-game store, and rotated every eight hours. The store will only show cards you do not have, and you can ‘pin’ a card in the store if you don’t want it to rotate out, letting you take time to save up for it.

However, what’s not changing is the fact that cards are grouped in broad ‘pools’ or ‘series’. These are designed to make sure all players who have spent a similar amount of time with the game will have access to a similar selection of cards – so you need to earn every card in Series 1 before you can start earning Series 2 cards, for example.

In addition to these Collector’s Token changes, Marvel Snap is also adding several more cards to the game in two additional pools/series – Series 4 and Series 5 , specifically for those who are already at a high collection level to chase. However, unlike previous Series cards, Series 4 and 5 have a small chance to be randomly unlocked no matter what Collection Level you’re at.

New cards for Series 4 and 5 include characters like She-Hulk, Super-Skrull, Thanos, and Galactus, who can drastically alter your style of play in Marvel Snap – Thanos comes with his own unique mechanic involving the five different Infinity Stone cards, for example.

Second Dinner also specified that over time, as new cards are introduced, cards in later Series pools will move down to earlier Series pools, allowing newcomers to more quickly get up to speed with the rest of the community. Cards exclusive to paid seasonal content will also be added for all to earn.

For more details on the new Marvel Snap changes and images of new cards, you can visit the Marvel Snap blog post on the topic.

For more on Marvel Snap, be sure to read our interview with one of its designers, Kent-Erik Hagman, about some of the smart design decisions they made to keep the game unpredictable, fast-paced, and so incredibly moreish.