The roadmap for Mario Strikers: Battle League is looking bright. Here's what to know about the game's first update.
Leah J. Williams 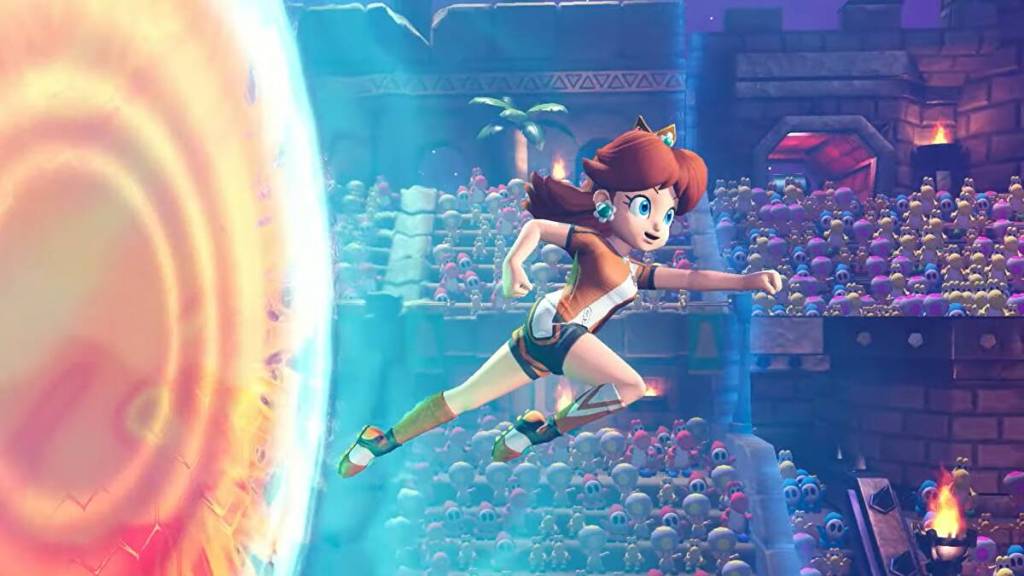 Mario Strikers: Battle League is getting a major update on 21-22 July 2022 that will add two fan-favourite characters into the action: Shy Guy, and Princess Daisy. Both will be free for all players, and should spice up gameplay in different ways.

Daisy appears to be a technique specialist with fast feet and a gnarly tackle. Her hyper strike is flower-themed, and makes everyone in a select area twirl into the air before dropping, and becoming dizzy.

Shy Guy is a balanced combatant with a sense of style and grace. Their hyper strike is a tornado whirlwind that sends the ball directly into the goal posts.

In addition to these characters, the new update for Mario Strikers: Battle League will also add in a new ‘Knight’ gear type, and the ‘Desert Ruin’ stadium, which has multiple tiers to unlock.

You can check out the snazzy new trailer for upcoming Battle League content below:

All you’ll need to do is check for the update manually in the settings of your Nintendo Switch, or wait for it to load automatically when the time ticks over.

According to Nintendo, this is the first wave of three that will land in 2022. No further details have been revealed about the content roadmap, but it’s likely each wave will include new characters, gear sets, and stadiums to spice up gameplay. Expect news of future drops to land in the coming months.

Until then, you can look forward to conquering the battlefield with Daisy and Shy Guy, who both look like wily and hard-hitting competitors.