LudoNarraCon has been locked in for 5-9 May 2022, and will feature a range of live panels and guests.
Leah J. Williams 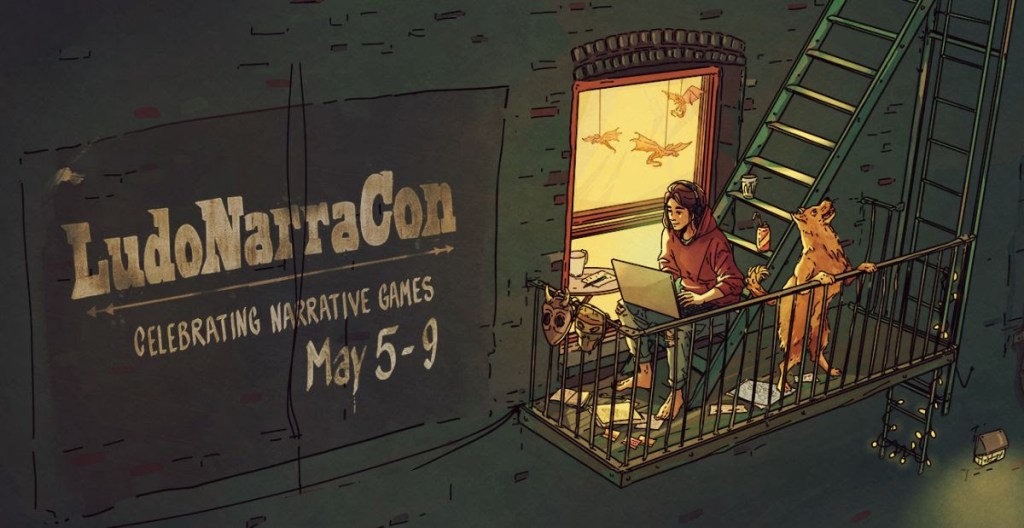 Fellow Traveller has announced the 2022 return of LudoNarraCon, the narrative games festival designed to celebrate leading and emerging storytellers in games. The fourth annual event will take place from 5 May to 9 May 2022, and will feature a number of online panels, game demos, sales and celebrations for a range of indie developers.

Here are a few of the panel highlights:

There’ll be 42 exhibiting narrative games in total, and each will be given behind-the-scenes looks and livestreams during LudoNarraCon. Many will also have playable demos, allowing everyone a swift glimpse at what’s in store.

So far confirmed to have demos during the show are Before Your Eyes and Coffee Talk Episode 2: Hibiscus and Butterfly, which will appear alongside 30+ other game demos.

Citizen Sleeper, a TTRPG-inspired adventure through a cyberpunk dystopia ruled by capitalism, will also be launched during LudoNarraCon, with developer Jump Over the Age on hand for a commentary stream, fireside chat, and other celebrations.

In addition, narrative game fans will be delighted to learn that LudoNarraCon will also play host to a massive Steam sale featuring a number of choice pics from across the beloved genre.

The entire show will be live via Steam from 5 May to 9 May 2022, with keen gaming fans encouraged to hop in for all the panels, livestreams, demos and first looks throughout the four-day showcase.

You can find out more about LudoNarraCon at its website hub here.