Glitchhikers: The Spaces Between is as meditative as a long drive

Fellow Traveller will publish Glitchhikers: The Spaces Between in 2022. It's an expanded, philosophical reimagining of Silverstring's 2014 cult hit.
Jini Maxwell 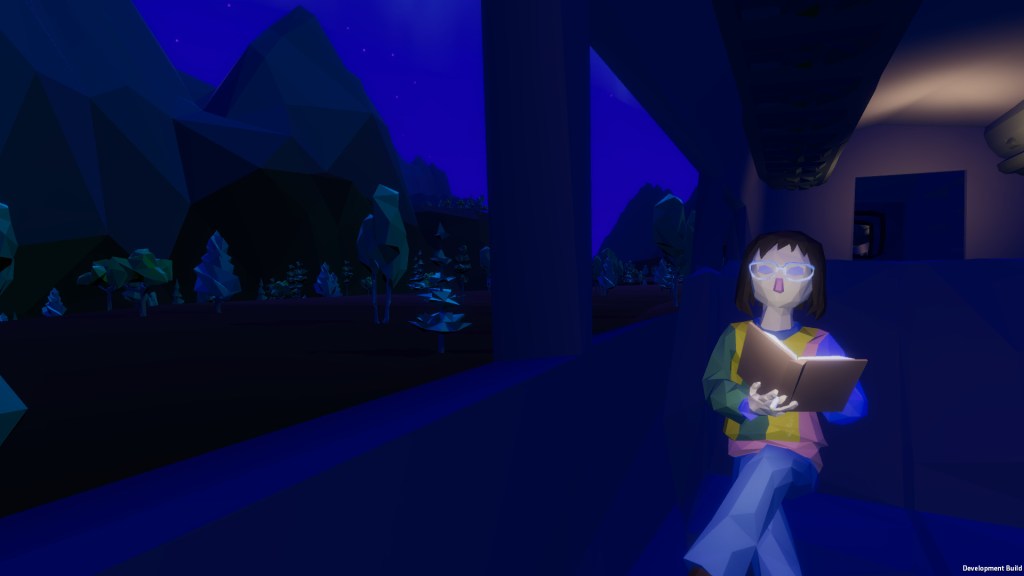 Glitchhikers: The Spaces Between is a freeform, philosophical journey inspired by late nights and long drives. Image supplied.

Glitchhikers: The Spaces Between promises to bring the original game’s philosophical appeal to a new year and a new audience. With an expanded scope and a chill new soundtrack, the game recreates liminal space of a long journey with a surreal narrative inspired by the creative, associative thought processing that a long drive elicits.

Glitchhikers: The Spaces Between is a philosophical journey that focuses on the spaces between destinations, and the thoughts that naturally arise during long journeys. It’s a freeform narrative game that encourages curiosity and reflection, and places no pressure on the player to succeed, speed through, or optimise their path. Instead, Glitchhikers: The Spaces Between offers the player a ‘liminal space’ in which they have the ‘ unique experience [of] travelling into their own thoughts, guided by the characters they meet along the way.’

The new title isn’t a direct sequel; instead, Glitchhikers: The Spaces Between is described as a ‘reborn and reimagined’ experience that expands on the liminal, philosophical journey of the critically acclaimed original. In 2014, Silverstring’s Glitchhikers was described as ‘fifteen minutes of poetic, thought-provoking little moments’ by Indie Game Magazine.

Kill Screen went even further, praising the game’s gentle, introspective existential probing, saying: ‘Glitchhiker’s guided introspection has taught me more about the universe and myself in 15 minutes than most other games manage across a number of hours.’

In honour of the redux, Silverstring’s original title has now been renamed Glitchikers: First Drive. It is currently available for US$9.99 or Pay What You Want on Silverstring’s website.

Glitchhikers: The Spaces Between will be released on PC and Mac in early 2022. Wishlist it on Steam.