Australia's first union for games industry workers is set to launch on 1 May 2022, a day that celebrates the triumphs of the labour movement.
Leah J. Williams 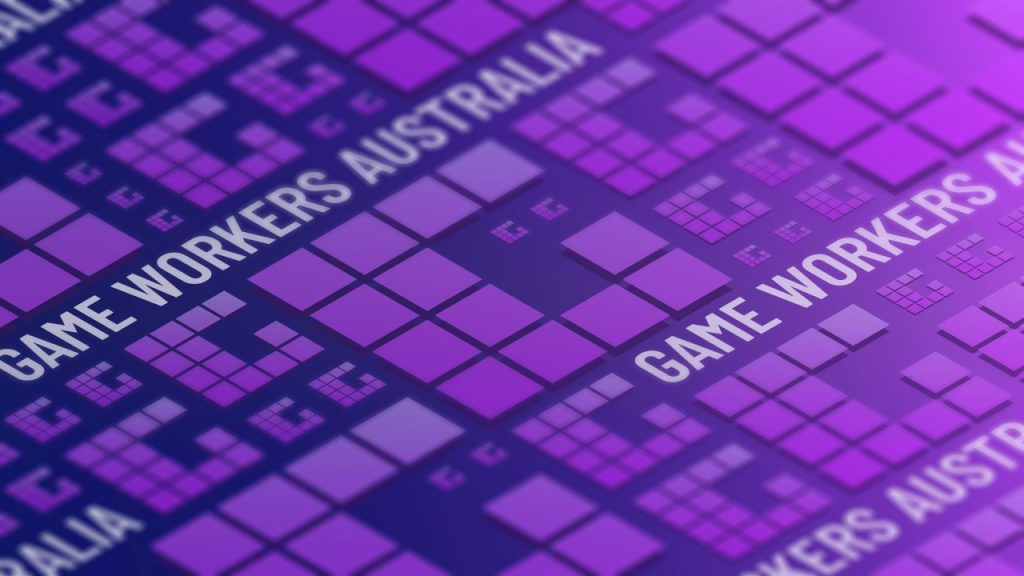 Game Workers is officially joining Professionals Australia to form the first major games industry union for the country, with the launch set to take place in Sydney on 1 May 2022. The event will coincide with International Worker’s Day, which commemorates the successes and challenges of the labour movement, and will allow all game workers to chat about plans for the union, and what it hopes to achieve in future.

As the first major union for game workers in Australia, its establishment is an important milestone – and one that should help to foster thriving work environments as the local industry continues to grow.

‘The video game sector is worth over $3 billion dollars to the Australian economy every year so it’s vital that game workers have industrial representation and share in the wealth generated by this industry through better wages and conditions,’ Jill McCabe, Professionals Australia CEO said in a press release.

‘Game Workers Australia is a natural extension of our support for the workers who are powering Australia’s digital economy. We look forward to representing game workers, strengthening their standing in the game industry, and improving their pay and conditions.’

Read: Unionisation for freelancers: why is it worth it?

The union was established with help from industry veteran Tim Colwill, who believes the partnership with Professionals Australia will help strengthen the power and scope of the union.

‘Since 2016 we have been working as a group of activists and volunteers to support and assist our members. Thanks to this partnership with Professionals Australia, we can now build the movement to the next level and really step up the fight for better pay and conditions,’ Colwill said.

‘Like a growing number of professions, game workers are highly qualified and skilled, but wages are unsustainably low, the hours are long, and unpaid overtime is common. Many people burn out of our industry and leave before even making it to five years. We know that by working together, we can build something better.’

Maize Wallin, co-convenor of Game Workers Australia explained more about how the union was formed, and what its goals are, in an email to GamesHub.

‘We’ve been campaigning as part of the global Game Workers Unite movement for the last four years. Over that time, we’ve helped hundreds of workers look over their contracts, negotiate for better conditions or rates, and have more literacy around their own rights,’ Wallin said.

‘With the launch of Game Workers Australia as part of Professionals Australia, we now have the power of being a national trade union. So now not only with the added benefit of a lot more resources, we have the benefit of legal backing for our members who need it.’

‘It’s particularly timely as more state governments, and the federal government, are paying our industry more attention. It’s important that workers and the diversity of our industry get a voice in these negotiations, and not just employers who have traditionally been the only ones at the table. In our work, we are really leading the way for advocating for workers in 2022.’

As workplace challenges become more prominent and spoken about in other regions – international developers Raven Software and Keywords Studios are currently in the process of unionising over poor working conditions – it’s essential that Australia keeps up with progress.

Recent reports have made clear that hostile workplaces and poor management are not exclusive to large developers, and that workers of all types should consider unionising when conditions are unfair or unjust.

Going forward, Game Workers Australia aims to continue its work in improving conditions for individual union member, while also working to establish the first Enterprise Bargaining Agreement for the Australian games industry – a large scale negotiation to set transparent, binding wages and conditions for all workers.

It will also continue to support freelancers with workshops, co-op advocacy and surveys to help grasp the scope of the industry as it currently exists, and analyse areas for improvement.

Those wanting to learn more about Game Workers Australia are encouraged to attend the group’s upcoming Sydney launch. It takes place from 1:30 pm AEST on Sunday, 1 May 2022 at Mothership Studio, located at 18-22 Sydney Street, Marrickville. There will also be a livestream for virtual attendees.

It represents a great opportunity to jump in and learn more about what unions can do as Australia’s local industry grows.

This article has been updated with further information about Game Workers Australia.