Flintlock: The Siege of Dawn, a new game from New Zealand studio A44 got a fresh gameplay trailer at the 2022 Xbox and Bethesda showcase.
Edmond Tran 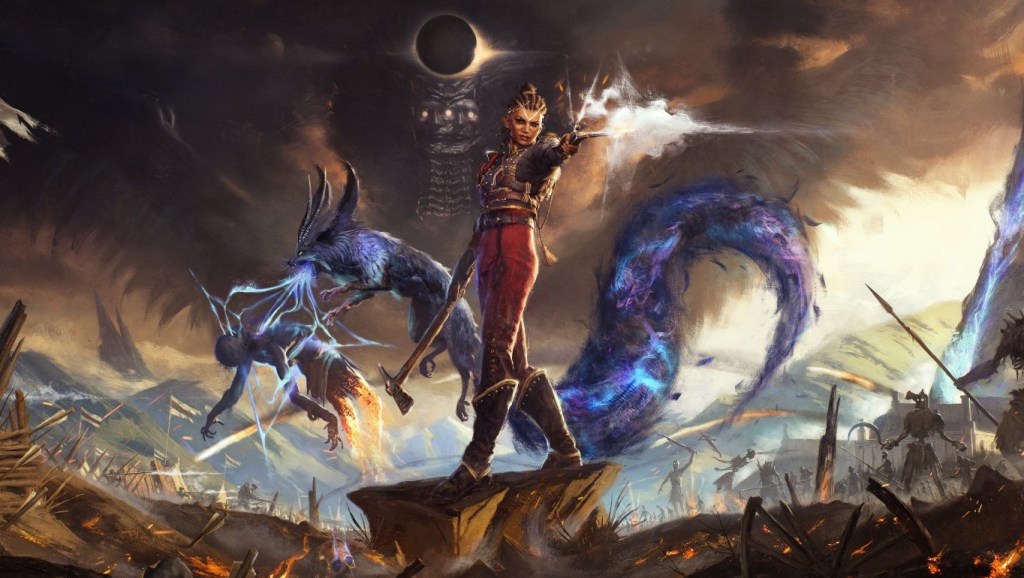 Flintlock: The Siege of Dawn, a new game from New Zealand studio A44 Games (Ashen) got a new showing at the 2022 Xbox and Bethesda showcase. The game is coming in early 2023.

Flintlock takes place in a fantasy world home to early gunpowder firearms. Protagonist Nor will wield a flintlock pistol as well as an axe, and will be accompanied by a magical creature named Enki, in a wild quest to hunt down and kill ‘the gods’.

Enki will allow Nor the ability to traverse the open world with a bit more flair and effectiveness, as well as perform abilities to lock down enemies for Nor to finish off.

Flintlock: The Siege of Dawn is set to be released in early 2023, and will be available on Xbox consoles and PC.

A44 Games’ previous title, Ashen, was very well received for its atmosphere, and its take on the combat formula popularised by games like Dark Souls. We can assume that Flintlock will build on the fundamentals that made Ashen such a success.