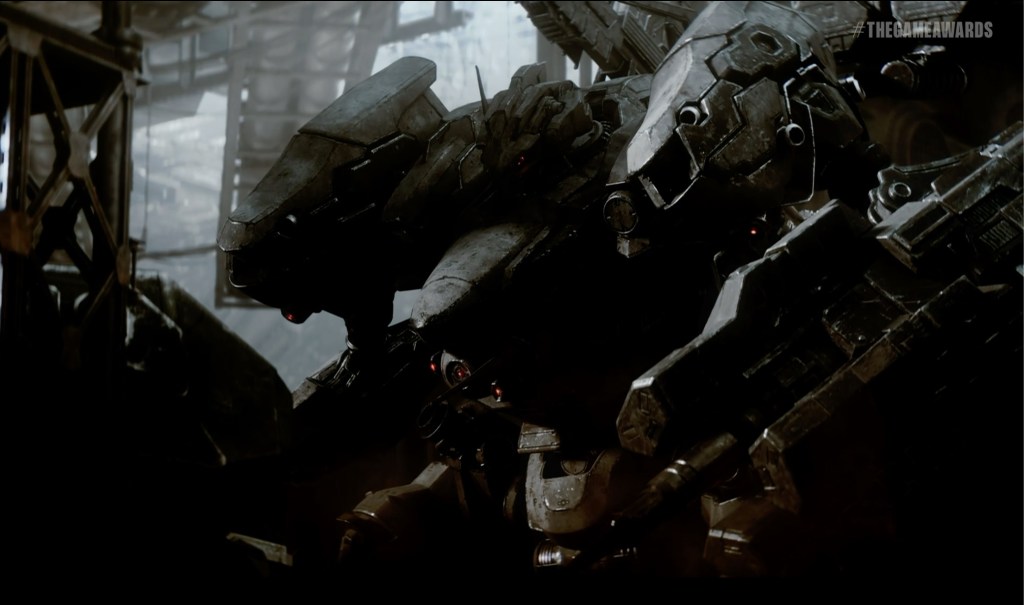 Bandai Namco and FromSoftware have finally announced a new game in the Armored Core series at The Game Awards 2022. Armored Core 6: Fire of Rubicon will be released in 2023 for PC, PlayStation 4, PlayStation 5, Xbox One, and Xbox Series X/S.

The announcement trailer for the long-awaited game kicked off with a real sense of mystery – in flashes, the post-apocalypse was revealed as asteroids hit the earth, fires spread unchecked, and the ground itself seems to split and smoke.

This chaos unfolded into a first look at the modern mech robots of the series, first introduce in the original Armored Core, released in 1997. They’ve been given a major facelift in the franchise’s atmospheric sixth entry, with each mecha equipped with various weapon arrays and major firepower.

The series was one of FromSoftware’s first successes, before the company created Demon’s Souls became synonymous with the genre that spawned from that – which includes games like Dark Souls, Bloodborne, and Elden Ring.

While the company had previously spoken of a desire to revisit its famed mech series, this is the first glimpse at its next foray. The gap between Armored Core games has been about 10 years.

We’ll likely learn more about this upcoming sequel as FromSoftware wraps up the post-development cycle for Elden Ring, and turns its attention to future releases.

In other news from The Game Awards 2022, FromSoftware’s Elden Ring took out the show’s coveted Game of the Year award.