Everything announced at the 2022 Annapurna Interactive Showcase 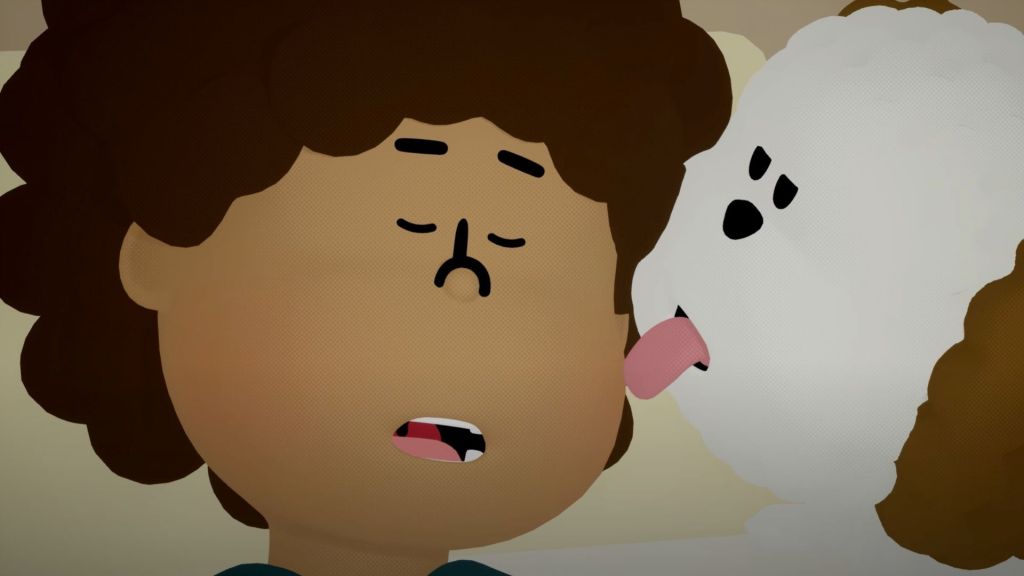 A still from Uvula, the next game from Keita Takahashi. Image: Annapurna Interactive

Annapurna Interactive, the publisher that largely specialises in the ‘arthouse’ side of independent video games, held its second annual showcase in July 2022, revealing a closer look at the the slate of titles it will release over the next year, as well as announcing new ones.

The Stray and Neon White publisher announced a series of new games from celebrated creators, like Richard Hogg’s Flock, and Keita Takahashi’s Uvula, as well as some new partnerships with independent studios. Also, there’s a Jurassic Park-style survival game called The Lost Wild.

Here’s everything Annapurna Interactive featured during the showcase:

A closer look at Thirsty Suitors

Thirsty Suitors, the South-Asian RPG about fighting ex-boyfriends, dealing with all the challenges of ethnic parents, as well as skateboarding and cooking. It received a deep-dive courtesy of developers Chandana Ekanayake and Meghna Jayanth, which gave us a closer look at the game’s narrative structure and turn-based combat, and how the two interact.

In a fight with her third-grade boyfriend, protagonist Jala uses physical attacks, as well as taunts to increase his ‘thirst’ for Jala and reveal his weaknesses. Throughout the battle, conversations will also occur, and it’s here where you can shape Jala’s personality and backstory through dialogue choices, which build out something that’s hilariously called her ‘Thirstsona’.

As the stakes rise, Jala can use a summon ability, calling upon her mother to take the boy down a few notches. Depending on how the battle goes, Jala’s relationship with the ex will seemingly change the direction of the story.

The preview also gave us a deeper look into the skateboarding mechanic of Thirsty Suitors, which the developers say is meant to be accessible for all, but with just enough depth for people who really want to get into it. It features a combos system, manuals, wall-running, and more flashy features.

Overall, Thirsty Suitors looks to be a very stylish, humorous and unique take on RPGS that’s full of personality. It’s coming to PC, Xbox One, Xbox Series X, PS4, PS5, and Nintendo Switch. It will be part of the Xbox Game Pass subscription service, and a free demo is out now on Steam.

A trailer for Hindsight was revealed, a narrative game about reminiscing on the past. The premise revolves around the idea that the physical objects we hold close are actually windows into the past. The game seems to involve a series of minigames as the protagonist reflects on her life in a series of dreamlike sequences.

Hindsight will be available on 4 August 2022 on PC, Nintendo Switch, and iOS.

Cardboard Computer, developers of the incredible, surreal narrative game Kentucky Route Zero, was given a segment to share some details about its next project, which will be published by Annapurna.

They talked about the prolonged development time of Kentucky Route Zero – an episodic game that took a total of 10 years of development to complete.

The studio’s next game will be more ‘lively’ than Kentucky Route Zero, which was a slow, melancholic game the developer frames as a tragedy. The new project will have a different tempo, and will supposedly be ‘funnier’.

Bounty Star was a new game revealed during the showcase, a Western-themed mech-piloting action game. Developed by Dinogod, with an original, slide-guitar-infused soundtrack by Brother Dege, the action in Bounty Star takes place in ‘post-post-apocalypse’ and seems to comprise mostly of fast-paced, third-person mech battles.

The official description reads: ‘You play as Clementine McKinney, an ex-soldier without purpose or peace, as she gets back into a mech, fights bands of mercenaries, and learns to care about the post-post Apocalyptic desert home she intended to rot in.’

Annapurna shared a short developer spotlight focussed on Yarn Owl, a two-person studio based in Texas and Atlanta working on its first game, inspired by the child experience of discovering The Legend of Zelda: A Link to the Past, and wanting to recreate it.

No other details were shared about the game.

The Outer Wilds coming to PS5 and Xbox Series X

The Outer Wilds development team took the time to confirm that the time-looping, spacefaring mystery game is still coming to the Nintendo Switch.

The team also announced that The Outer Wilds is coming to the PS5 and Xbox Series X, with framerate improvements. These next-gen versions will arrive 15 September 2022, and will be a free upgrade for anyone who already owns a copy of the game on Xbox One or PS4.

The Pathless, Maquette, and Solar Ash come to more platforms

Additionally, Solar Ash was confirmed to be releasing on PC via Steam on 6 December 2022, as well as Xbox Game Pass at the end of the year.

All of these games were previously PlayStation console exclusives.

The excellent narrative adventure game The Vanishing of Ethan Carter had a brief trailer that announced its arrival on PS5 and Xbox Series X consoles, available now.

The game will run in a 4K resolution, at 60 frames-per-second.

Third Shift and Forever Ago

Annapurna announced another developer partnership, with German studio Third Shift. Their game is Forever Ago, a story-driven roadtrip adventure game. Playing as Alfred, an elderly man, you’ll journey down the Pacific coast in a campervan and document your journey with a camera.

No other details were be given, but we’re going to guess themes of aging and end-of-life will be explored, given the sombre tone of the developer interview.

It appears to be a game filled with many diverse natural environments populated by cute and fantastical ecosystems of flying sheep and fish, which you’ll seemingly round up by riding a flying bird.

Flock will be coming to PC, PS4, PS5, Xbox One and Xbox Series X/S, where it’ll also be part of Xbox Game Pass.

Following on from the announcement of Flock, Annapurna announced that Hogg’s Hohokum would also be coming to PC, after a lengthy period of time as a PlayStation exclusive. It’s available on Steam now.

In exciting news, the next project from Keita Takahashi, best known for creating the delightful Katamari Damacy, and Wattam was announced. It’s called Uvula, and beyond a very brief teaser trailer, there were no other details shared.

Let’s just hope that his working conditions are a little more amicable than at his last studio.

Another Annapurna developer partnership was announced with Dreamfeel, a studio based in Ireland that developed the queer coming-of-age narrative game, If Found.

Their new game will be set in a fantasy version of Ireland, where everyone is a cat. It’ll deal with themes of coming together in the face of adversity, but no other details were shared.

Finally, The Lost Wild was announced. It’s a first-person survival thriller set in a Jurassic Park-style wilderness, populated by wild dinosaurs. We got glimpses of modern, abandoned buildings so we can only assume something terrible happened in this world, as it typically does when reincarnating dinosaurs are involved.

It’ll be coming to PC at the very least, and you can wishlist it on Steam.