Gloomwood melds plenty of great ideas from the PC immersive sims of old, but its Early Access phase doesn’t paint a full picture yet.
David Wildgoose 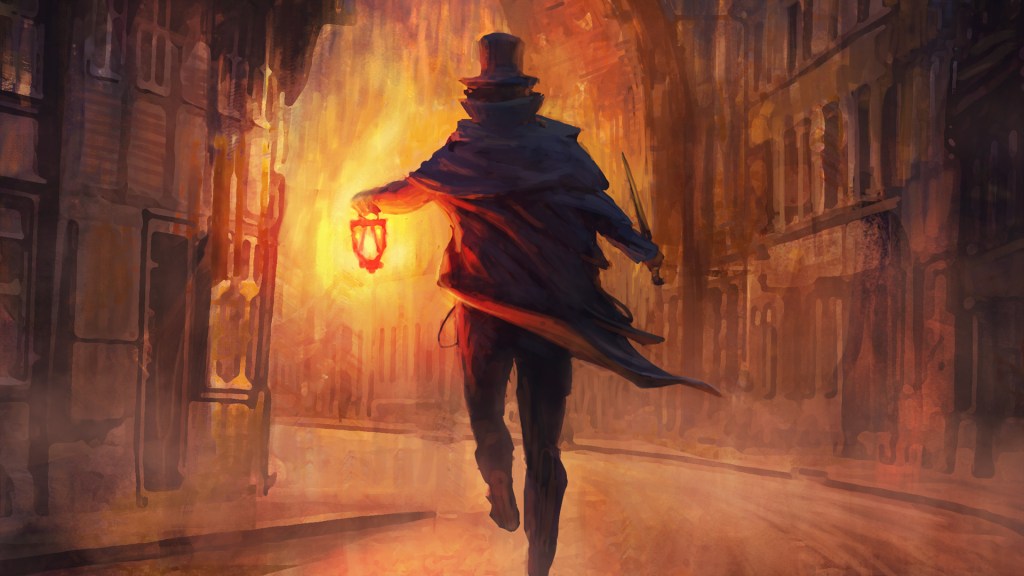 Creeping in the twilight shadows of Thief: The Dark Project (Looking Glass Studios, 1998), Gloomwood is a first-person stealth game that flits through the last two decades of ‘immersive sims’, pocketing systems and mechanics as befits a skilled cutpurse.

The ‘immersive sim’ label is fittingly elusive, but tends to find its mark in hybrid action games such as Deus Ex, BioShock and Dishonored, which provide players with the tools to solve problems in multiple ways, encouraging them to interact with simulated systems in creative and sometimes unexpected fashion, and anticipating them rifling through countless drawers, cupboards and safes to reveal secrets and loot.

Perhaps binding the loose genre together is that over the years, these games have indulged in a shared reference, traced back to the original System Shock (Looking Glass, 1994). It has become tradition for the four-digit passcode ‘0451’ to open the first secured door in each new immersive sim.

So when, perhaps half an hour into Gloomwood’s opening level, I encountered a safe locked by a number combination, I immediately knew what I had to do. The tumblers were already set to 3, 5 and 1. I smiled as the developers winked at me. I had only to turn the top tumbler through a single notch to crack the safe. Feeling pleased with myself for being in on the joke, I rotated the tumbler to line up 451, grabbed the handle and… the safe exploded and killed me. 451 had failed me. Gloomwood knows its audience and, at least in this early scene, takes great pleasure in trolling them.

Elsewhere, however, upending expectations does not appear to be high on Gloomwood’s agenda. Released into Steam Early Access, Gloomwood at this stage delivers roughly three levels, in which I skulked for about six hours, of lean, unadorned stealth that feels – in a good way – akin to a fan-made mission for Thief II: The Metal Age.

The world is rendered in a loving approximation of late ’90s technology. The shipyard, mining complex and lighthouse through which you’ll sneak are built from chunky polygons and decorated with crude textures, each location etched in just enough detail to evoke its purpose and hint at deeper mysteries. Lighting is crucial, with pitch shadows disguising your presence and the glint of the ring on your finger the only indication you might be visible to a patrolling guard.

Like a good immersive sim, these are places ripe for exploration, for becoming intimately familiar with. It’s in the architectural design as each area is riddled with multiple paths to take, myriad little network fibres branching and intertwining. And it’s in the physicality of your movement, the need to crouch and climb and mantle over objects as you poke your head and squeeze your body into every nook and cranny of the environment. You can lean around corners to spy what’s ahead and even lean into doors to eavesdrop on a conversation or simply to better judge when the guard has passed by the sound of his footsteps.

The hand of the immersive sim reaches in to pat down other aspects, too. Your inventory is a briefcase that you have to set down on the floor and open whenever you want to retrieve an item, tipping the balance slightly in favour of preparation rather than improvisation. And there’s no on-screen ammo count for any of the guns you can carry; instead you have to open the chamber and count the bullets inside. Such aspects add a crunchy textural layer to the feeling of being bodily present in the world.

Sneaking around is suspenseful because you are powerful when undetected, fragile when spotted. Backstabbing enemies takes them down in one hit, as does a headshot with one of the several firearms. But find yourself in a fight and you’re unlikely to survive. In a nod to more contemporary design, a Gloomwood level is permeated with revelatory shortcuts patterned in the Souls-like vein. This kind of looping level design works in tandem with the savepoint system (you record your progress at phonographs found in the world, similar to Resident Evil’s typewriters), obviating any need for a quicksave that would undermine the carefully calibrated tension.

As much as Gloomwood picks all the right pockets for this long-time Thief fan, there are caveats. There are no thieves’ tools in the Early Access build. You have several weapons, a lantern and healing items, but otherwise you’re limited to throwing bottles to distract guards. You play as a doctor, and apparently there’ll be later opportunities to use those skills to research certain objects you find during a mission, but for now the toolkit is disappointingly slight.

The narrative presentation feels similarly undernourished at this stage. From the outset it’s not at all clear who you are, why you’re where you start the game, nor what you’re meant to be doing other than getting through the next area. Scant story details are sketched on the odd handwritten note you discover or brief snatch of conversation you overhear. But I finished the available missions with little idea of what the grander narrative arc might entail.

It’s always tricky to evaluate an unfinished Early Access game that is designed entirely around a linear, single-player campaign. On the evidence thus far, Gloomwood understands its lineage as an immersive sim, and appreciates why Thief remains so beloved as a pure stealth game some twenty-odd years on. But whether it can emerge from the shadow of Thief and find its own identity very much remains to be seen.

The PC early access version of Gloomwood was provided and played for the purposes of this review.